The EW ships served a vital role in Colonial fleet formations. Equipped with extremely powerful sensors, both active and passive, they could ‘see’ farther, an average of six to eight times farther, then any other ship in the fleet. Powerful transmitters and receivers meant that they could serve as a communication relay point for extremely long range communications. However, the most valuable function of the EW ships is defensive. The EW ship mounts a General Field Damper that can suppress electromagnetic signals in a wide area. Essentially it can generate a huge Stealth Suite that is able to encompass and shield many ships at once. This Stealth Field only impacts sensor data, both active and passive, it does not provide invisibility or limit visual detection.

The Celestra was a mothballed EW ship that had been decommissioned pending either scrapping or refitting. Its hardware was considered dated and ineffective. Commander Adama latched on to Celestra at a time when anything that could hold atmosphere and move was valuable. At that point it was the only other military vessel in the Fugitive Fleet. Commander Kronus, a retired Colonial Military officer assumed command of Celestra during the Exodus. He was later killed in a mutiny/revolt on the ship.
Techs from Galactica and some of the civilian vessels set to work on the Celestra’s Field Suppression gear and after two and a half yahrens of refitting, rebuilding and general tinkering, they were able to bring the old EW ship’s Field Dampers on line with modern stealth capacity. Since that time Celestra has played a major role in keeping the Fleet safe and secure. It also serves as the primary communication relay for the long range scout Vipers and as a primary sensor point.
Celestra’s sensors are still somewhat obsolete, though the techs are now working on that, currently they are on par with Galactica’s and the other warships. It is hoped that upgrades will soon have them working at ranges four to five times greater then the best Galactica can do. 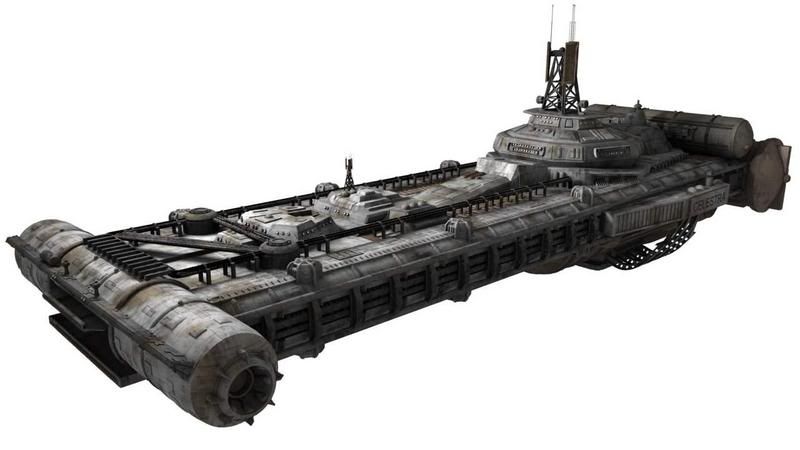