ASP Bomber and the ASPr

The Colonial military wanted a bomber capable of being delivered by star ship to a planetary target. It was decided that sub light capacity was satisfactory but that a heavy payload and the ability to take substantial minor damage without impeding flight or functionality was critical. After some study and design, the Asp I was born.
The general success of the craft led to a continuation of the type. Asp II, III and IV were used extensively in various cam paigns and the Asp V, the largest design to date, was scheduled for deployment in the sectari after the losses at Molecay. Only a handful were actually deployed and it was the type V that was stored, in parts, in the hold of the Fleet Replenishment Ship that joined the Galactica after Cimtar.

Sub light bombers had no value to the Fleet that fled Colonial space. And though some of Asp’s parts, especially the weapon systems, were utilized to arm civilian ships, the bulk of the Asps were left untouched by Commander Adama’s orders. In fact the existence of the Asps were removed from most of the Fleet’s manifests to prevent them being used up over time. Only a handful of senior officers knew of the Asps and of the plans for their conversion.

The Asp was a fairly large craft, better then three times the size of a Viper, though much of that is in bulk rather then length.
Originally equipped for a crew of two, a large amunition load and short term sub light operations, the AspR is designed for a crew of three operating at FTL and STL speeds for a period of 1.5 Sectons (About thirty Earth days.) Berthing and accommodations are very basic, little more then a built in bunk and cabinet space. Food prep area is almost non existant, an area to open and heat prepackaged meals and make hot drinks. A tiny shower and head complete the amenities.
Like all Asps, the R is physically tough. Originally designed to shrug off all but direct hits from surface defenses, it has multiple, hardened back up systems and thicker then normal (for Vipers and shuttles) hull armor and ablative coatings. Much of the old Asp munition capacity has been taken up with the Hyper Speed Drive, extra fuel, power banks and power plant, along with life support and accommodations.
The Asp R retained the top turreted twin light laser battery which can turn 360 degrees and elevate up to 80 degrees. The original model had a pair of forward firing light lasers as well, but in the R these have been replaced with medium lasers. Finally, external racks mount eight light torpedoes. These are discharged in pairs and require Hanger Service to reload.
The most interesting technology added to the Asp R is in the Stealth and Sensor Suites. The Stealth suite is the newest and latest gadget out of the R&D labs and can, allegedly, make the R all but invisible (electronically) to all known and projected Cylon (and Colonial) sensors.
What makes the sensor suite so interesting isn’t that its capacity is any better then the best military gear now available, but rather its size. Top flight sensors have, until now, been too large for small craft like Vipers, shuttles and even Transports. And though the sensors take up a disproportionate amount of space on the small ship, they are a marvel of miniaturization and are every bit as good as those found on Prometheus, Galactica or the Destroyers.

The Asp R is capable of Hyper Speed Runs of 8x Light speed. The energisers are Solium Powered for maximum efficency and out put.
The Asp R can sustain Hyper Speed for 4 centars. The Power Bank reserve permits a second run of 2 centars after a 100 centon recharge and a third run of 1 centar after an additional 50 centon recharge. After that it takes 3 centars to fully recharge. The Asp R carries sufficient fuel to do a complete recharge four times before refueling. 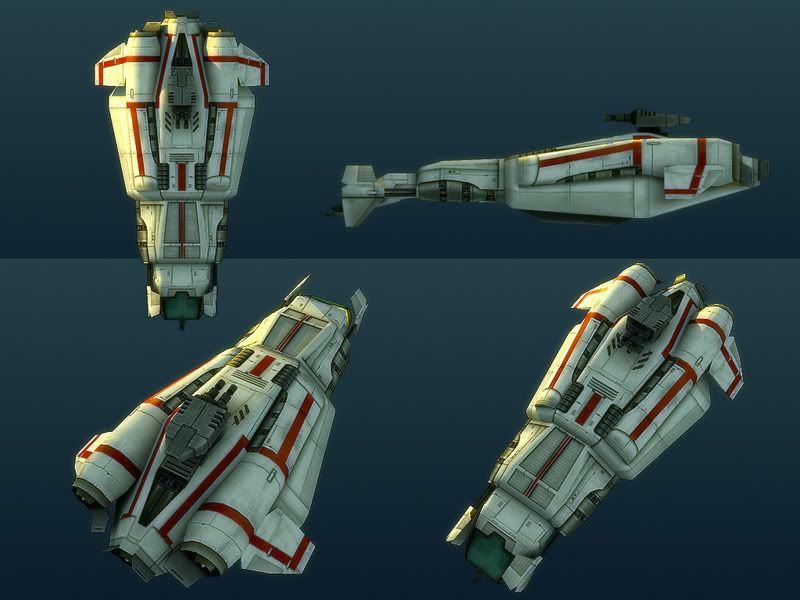 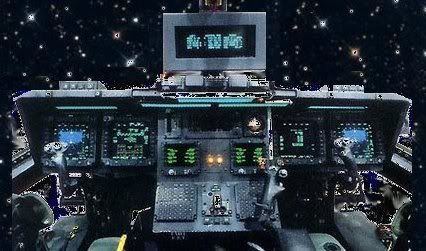 An Asp has a storage compartment/Emergency Locker that holds basic survival gear and supplies for the crew to use in the event that the craft is forced down on a planet.