In Colonial society it is almost an axiom to speak of the manners of a Boray. In fact there are few redeeming features to the race that even the most generous of observers can identify.
They are known to be lying, deceitful, violent, greedy, lecherous, thieving, cowardly, illmannered, rude, unhygenic and smelly. They are also known to be clever, tenacious, unforgiving and relentless. All of which is, unfortunately, true. In short the Boray displays many characteristics of Humans, and it is an unpleasant fact that there appears to be a distant genetic tie between the two species. Are all Borays like this? Probably not, but few people (of any species) are willing to spend anytime around them to find out.

The Boray, or Borian, resembles a hairy primitive Human in most respects, (the classic ‘caveman’ look) with a skin complexion that is almost grey green in color. Shorter and stouter then a Human, they are very strong with longer arms then their body size would indicate. They do not move very fast, being short in leg and a bit bowlegged. The male of the species has thick, heavy hair that covers the entire body except the face, though they do have a beard. The male is also the darker complected then the females who are much paler in skin color and have much finer and lighter body hair and lack the beard as well.
Boray society is male dominated. The females are kept isolated and in ‘harems’ for the benefit of their mate/owner. A measure of status in Boray society is how many females the male keeps. It is also an unpleasant fact that Boray males often have a penchant for Human and Orion females. They have been known to kidnap them and lock them away with their other females.

There is no known homeworld of the Borays. (The Orions have speculated that they actually are a primitive version of Humans that was somehow ‘lifted’ from Kobol early in the pre history. Naturally this theory is disputed by Humans who point out that the genetic similarities between Humans and Borays is no closer then the similarities between Humans and Orions or Orions and Borays. And none of the species can interbreed.) Boray colonies can be found scattered throughout space, usually isolated. Tthey don’t make good neighbors. And Boray ‘trading’ ships ply the spaceways. Boray merchants (read ‘opportunistic wreckers/scavengers/pirates) can turn up almost anywhere. The Boray seem to be largely ignored by the Cylons, no one is quite sure why, and Boray ships and settlements are rarely, if ever, attacked. Tthe Boray never participate in actions against Cylons.

Taken as a whole, the Boray is one of the most disliked, especially to Humans and Orions, species at large in the galaxy. 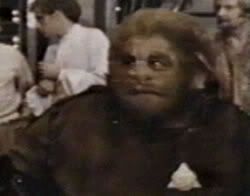 Most Boray technology is bought, bartered or stolen from other races. They are quite capable of building and designing their own, but they rarely seem to bother. Much of their equipment is outdated surplus and castoff military gear. Though well maintained and even upgraded at times it gives them a reputation of being ‘rag pickers’ and ‘junk dealers.’

The Boray favor a particular design in ships, and all of their vessels seem to follow the same general pattern, though Boray will not hesitate to use ships built by other races when opportunity presents. 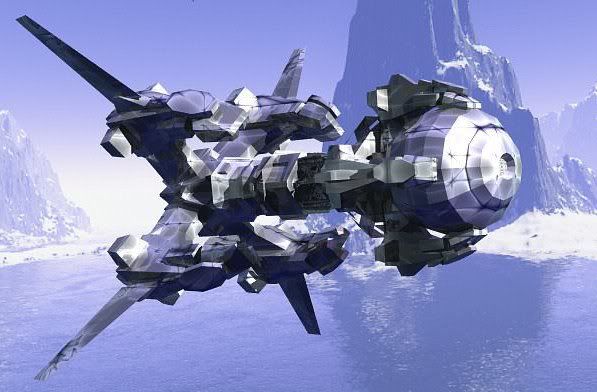 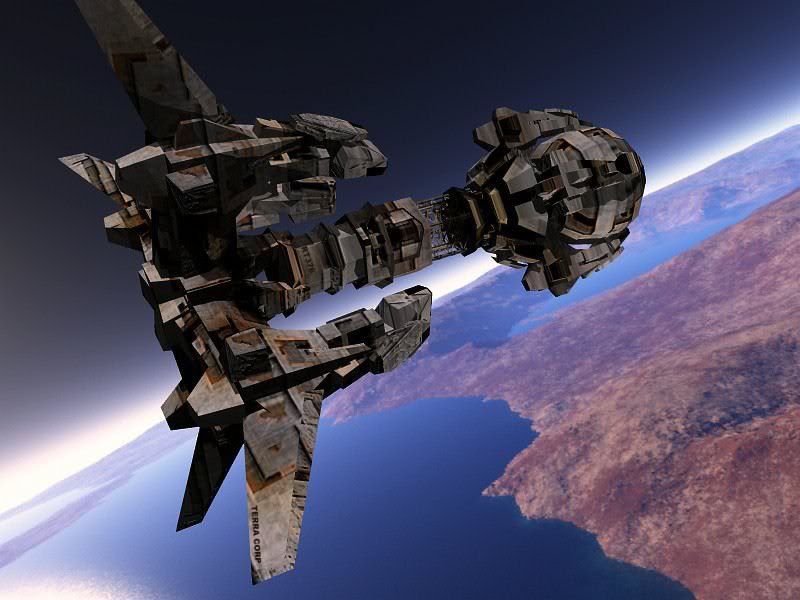