Delphian medical technology is by far the most advanced in the known galaxy. Not only in terms of working on Delphians, but also for Humans, Orions and Boray. Their knowledge of micro biology, advanced surgical techniques, genetic manipulation and molecular adaptation have allowed remarkable advances in disease prevention and treatment along with injury treatment and general life saving techniques. Human doctors regularly visit Delphian hospitals and Universities to study and practice.
Many of the medical technologies employed by the Colonials were either developed, perfected or improved by Delphian researchers.

Military technology has never been a Delphian strength. Its not that they don’t make weapons, they do. But the design and innovation of new and improved ways to kill, maim and destroy has never attracted the best and brightest of the Delphian intellectuals. Consequently the Delphian Fleet, which had been adequate for general defense from pirates and most other would be aggressors, was woefully out classed by the Cylon war machine.

Delphian small arms are based on a laser design rather then a blaster principle. The technology is similar to that employed by the Cylons, however the Cylon laser, which is very powerful and efficent, achieves much of its power through a design that emits a low, but harmful, dose of radiation. This radiation is harmless to the Cylons but long term exposure to a biological creature will have serious consequences.
Design differences in the Delphian weapons eliminated the radiation problem, but weaken the power output of the weapons. Still, they are effective in most situations and are quite lethal.

Standard Delphian Laser Pistol
The most common hand weapon in the Delphian arsenal and the one most likely to be found in civilian hands. It is capable of killing or stunning a living target. Though not ineffective against a Centurion’s armored carpace, it requires several shots to bring one down. 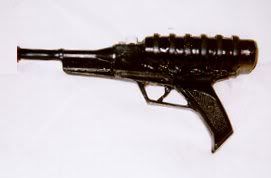 Delphian Heavy Laser
Developed to meet the needs of taking down a Cylon quickly, the heavy laser is standard issue for all Delphian military. It DOES NOT have a stun setting.

Delphian Squad/Vehicle Mounted Laser (VML)
The basic combat support weapon in the Delphian arsenal. Widely dispersed through out the Empire and sold or dispersed to many civilian markets. It was widely used in early Delphian fighter craft, with multiple lasers firing simultaneously. Though rendered obsolete by Cylon armor and shield advances, this configuration was still found on many older Delphian fighters even at the end of the fighting. 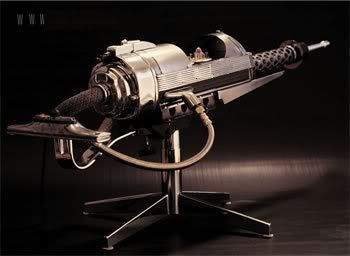 Delphian warships were considered small and under gunned by Colonial standards. Their largest Battleships were equivalent to a Colonial Cruiser in firepower and transported only a dozen fighters. 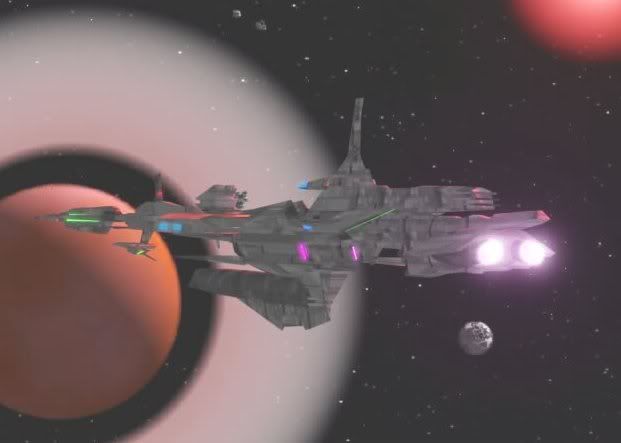 Their most innovative weapon system/warship was their Gunships. These employed huge, Gauss Mass Drivers (rail guns) to fire explosive, armor piercing warheads. These warheads could be configured in a number of ways, including nuclear. Though the actual payload was slightly less then a Colonial torpedo, the rapid rate of fire and high velocity of the warhead made them a formidable system. The biggest drawback to the ships was the need to close with an enemy. If the Gunship stayed too far away the incoming warheads were subject to point defense fire just as a torpedo is. 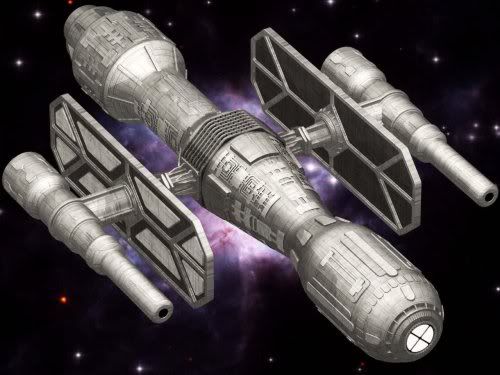 Delphian destroyers made up the bulk of the Delphian capital fleet. These were an upscaled redesign of a Colonial Escort Destroyer (Europa Class)that the Delphians latched onto because they were fast, maneuverable and it was easily accommodated into their industrial systems. Hundreds were built and battle tactics evolved using them in swarms almost like fighter craft. 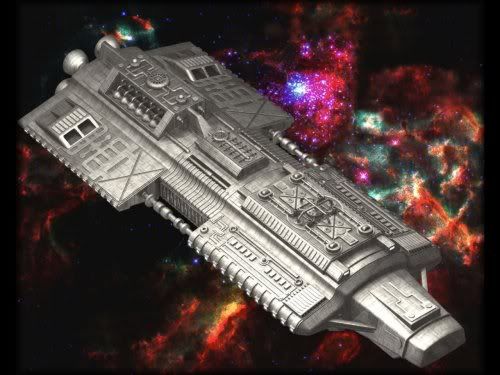 Delphian fighters were universally sublight craft and most were planet based, thus an emphasis on aerodynamics. The advanced Quatrofoil fighter was the most sophisticated in the Delphian arsenal. Highly maneuverable and very responsive, it was very difficult for the Cylons to target and destroy. Armed with rockets and Colonial built medium lasers it was an excellent weapon. However, production was slow and numbers were limited. 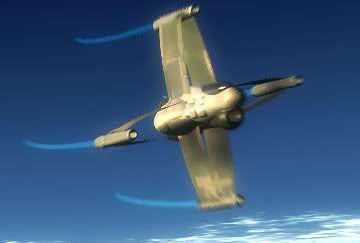 The more common Delphian fighter was the older ‘Jhedal’ type. These had several production runs and though had been a superb design in its day, it was showing its age against new and improved Cylon Raiders. Most of the older Jhedals were armed with multiple arrays of the upgraded Delphian VMLs which simply couldn’t cut it. Unfortunatly the power system of the older Jhedal could not handle bigger Colonial designed lasers. The compromise was to outfit the Jhedals with racks of exterior rockets and/or torpedos. Though this helped enormously, a Delphian pilot, having shot off his expendable munitions, often found himself almost naked in a dog fight.
Later model Jhedals were armed with Colonial Light Lasers, which was a step up in firepower but still did not compare favorably to the Colonial Medium Laser or the Cylon armament.

A large influx of Vipers, as part of a massive Military Aid Package, went a long way to beefing up the Delphian Fighter Defenses. Though they were mostly older Mark II and III they still proved valuable in defending Delphian colonies.

Delphian shuttles followed the pattern of fighters and were designed for aerodynamic efficiency and speed, though they were often cramped by Colonial standards. Many shuttles based on Colonial designs were also employed. 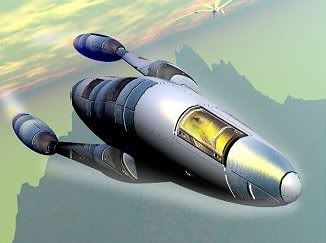