The Basic Standard Uniform (BSU) of the Colonial Warrior is a tan colored, two piece affair. Consisting of a long sleeved tunic and trousers and having boots and belt accessories.
Dark blue uniforms are worn by Bridge crew, black by Security, but the basic construction is the same.

The uniform is constructed of medium and light weight, monocrys fabrics. A fabric woven from mono-crystalline fibers. (Monocrys is similar in many respects to modern Kevlar) It is resistant to penetration by bullets (crushing damage) treated to be fire resistant and with a basic CBW (Chemical Biological Warfare) coating to inhibit agents that act by skin contact. (This is NOT complete protection but is designed to reduce exposure.)
Monocrys CAN be penetrated by piercing attacks and energy weapons. However, the front of the Colonial tunic, covering the vitals, has a thick padded/quilting layer of Ablative Foam sewn into the monocrys. This layer is adequate to stop or absorb, most or all of the energy from a hand laser or blaster attack. 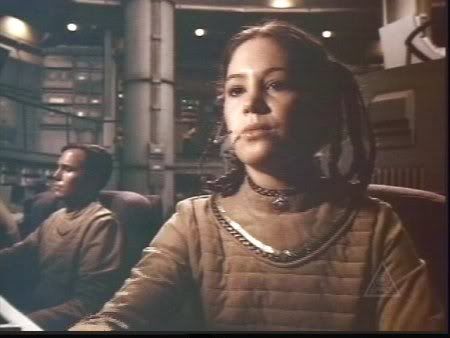 A Dress Uniform version is made entirely of Light Monocrys (more easily styled and tailored) and lacks the Ablative quilting.

The boots issued are are Heavy monocrys-fiber combat boots with ceramic- reinforced soles and come above the ankle.

Pilots:
The Flight Jackets worn by Viper and Shuttle pilots are of Heavy weight Monocrys, also treated for fire resistance and CBW protection. They are of darker brown and contain a number of pockets.
Pilot boots are higher, worn outside the trouser and have a dressier, polished ‘leather’ finish. (Originally these had a leather covering with the monocrys forming the inner liner. But leather is almost impossible to come by in the Fleet so current issue has a duller sheen then the older ones.) 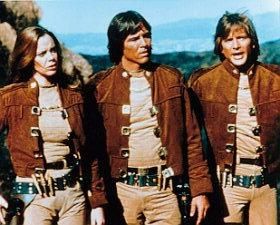 Pilot dress uniforms are light monocrys without the ablative quilting and include a short cape. 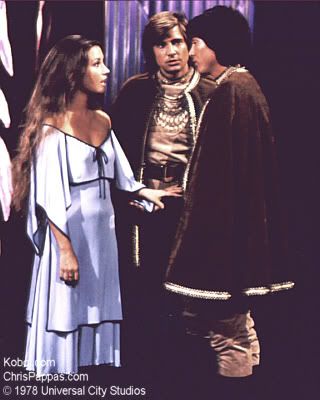 Flight Helmets:
Issued to all Viper pilots for mandatory use and Shuttle pilots for optional use, the helmet has built in comm link and sensors that monitors the pilot’s condition and allows the Viper’s computers to take over piloting if the human is unconscious or disabled. The helmet is NOT vacuum proof or able to provide life support. It protects the head during violent maneuvers and from any explosive damage that might occur. 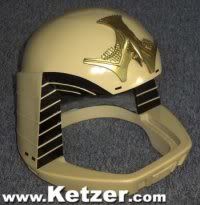 Senior Officers:
Senior officers (Captain and up) wear dark blue versions (like Bridge crew.) They also have a dark blue thigh length jacket or coat that completes the uniform. Made of heavy treated monocrys with multiple pockets inside and out.
Note: Colonels and Commanders have a lot of discretion in their uniforms. Some prefer to wear the uniform of a Viper pilot, simply changing the rank tabs etc.
Also, officers in a specialty area, like a Squadron Leader, will wear a Pilots uniform. 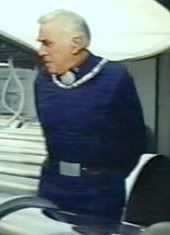 Medical Techs:
In normal duty the Med techs use a light monocrys tunic lacking the ablative quilting. (Less restrictive and not as hot to work in.) When entering a hazardous area, going off ship etc, they will don a regular BSU tunic. 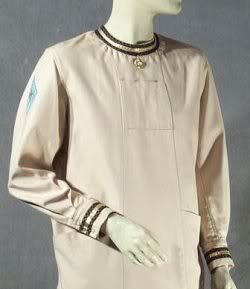 Medical Techs in the Life Center 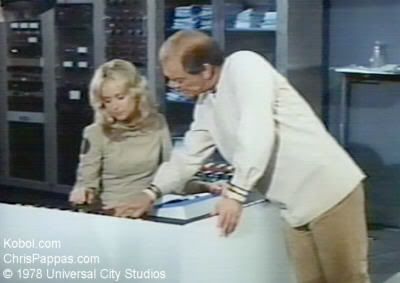 Technicians:
Like the Medical department, Techs have a light monocrys, modofied, one piece version of the BSU that lacks the ablative quilting. If circumstances warrant it, they will don a regular BSU tunic. 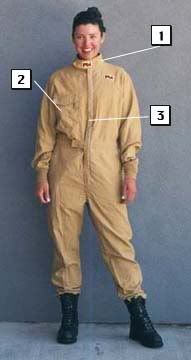 Also, hanger crews and others working with machinery, chemicals etc have Protective Coveralls. This is a fireproof and chemical-retardant coverall. The material is a fire-resistant, water-repellent synthetic fiber/light monocrys blend covered with a coating that repels chemical agents. The coverall has numerous pockets and usually comes in white or a bright color (like orange or yellow) and in some cases has a number, letter or symbol on the back and front. The color is indicative of specialty, team, area etc while the number or designator identifies rank or rating. The coverall weighs about 2 pounds and can be worn over the BSU or instead of. An insulated winter/cold version with attached hood is 3 pounds. This is often worn by the crews working on the landing bays or launch tubes which are rather cold areas to work. 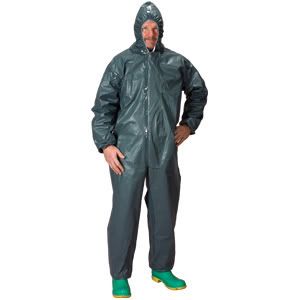 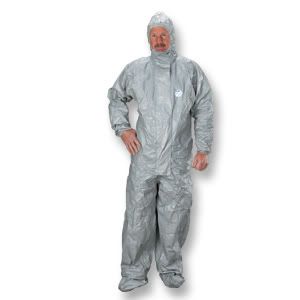 Fire Fighters
When fighting fires ship board, the crews wear a protective outer layer over their gear and respirator/airmasks. 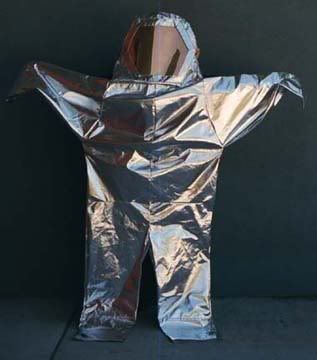 Assault Troops:
The combat troops of the Colonial Military. Used to board or repel boarders and in surface actions. These Warriors use the regular BSU with the ablative quilting. Additionally they have optional body armor.

Colonial Combat Body Armor: (CBA)
Used by the assault troops in ship board actions or on a planet surface. It is worn over the BSU and is made of non-metallic composite, plastic and synthetic materials. The torso is a rigid clamshell, while the arms and legs are covered with lighter plastic plates with articulated joints. The helmet is a full face design with integral chemical-biological filter and rebreather. Except for removable gauntlets and helmet, the suit is all one piece, hinging open at the torso to allow the wearer to step into it. A light coating of ablative foam is applied to the outside (allowing access to valves, controls and freedom of movement.) for extra protection.
The ablative coating gives the armor a dull gray color. The actual armor is tan or white in color.
It takes 1 centon (1 minute)to don the entire outfit, 40 microns (seconds) to remove. The suit is sealed and air conditioned. Its semi-rigid clamshell design enables it to be pressurized for vacuum operation with the addition of a set of air-tanks and a life support pack (2.5 lbs.) Full CBA weighs 32 pounds. Without helmet (8 pounds) the suit weighs 24 pounds. A 2 Hour Air Tank with re-breather (20hrs) adds 10lbs.
The suit has Radiation Protection, water and concentrate system for 1 day, a waste releif system, and magnetized Boot Plates. 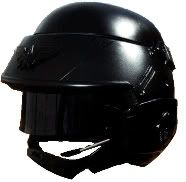 Clamshell Cuirass
This is a two-piece hinged cuirass made of sloped, moulded
carbon-composites and armorplas over an inner layer of impact-
absorbing ballistic fiber. A light ablative coating is applied as well. The clamshell is favored by Security officers (and some Assault Troops) who don’t want to carry around the weight of a full suit of armor but do want tough, fully rigid armor protection on the torso where it counts. It is worn over the BSU, normally in conjunction with a combat helmet. It cannot be worn under any type of body armor, or clothing except a Vacc suit. A clamshell cuirass takes 10 seconds to put on or remove. It protects the torso only (not the arms) it weighs 10 pounds.
The clamshell is also used by Warriors operating land rams and scarabs. Pilots tend to find it uncomfortable for extended flights, but sometimes stow one in their emergency lockers. 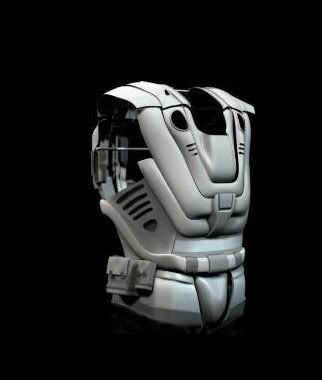 Security:
The `Black Shirts’ use a black version of the BSU, complete with all the accessories.
Additionally, Security’s Tactical Teams has its own Combat Body Armor (also in black.) While regular Security use the clamshell when needed. 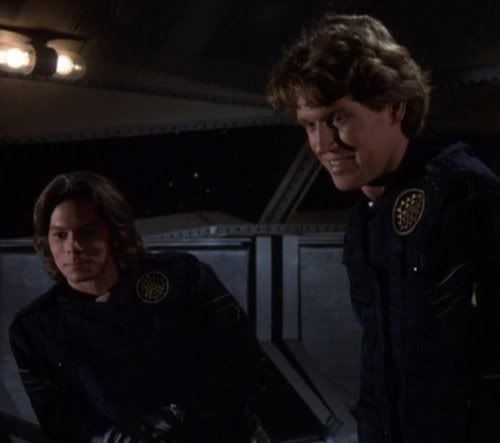 General Vacuum Suit:
These are general purpose vacc suits used by the military and commercial operators for repair work outside the ships, rescue work and operations on airless worlds. Each one has a life support pack with two centar air tank and a re-breather that permits duration of 6 centars. The suit is of tough, heavy monocrys backed with flexible plastic polymers. The suit has multiple pockets, tool harness and 20 patches. There is a helmet light, 500 metric two way radio, anti glare visor, radiation alarm and magnetic soled boots.
There are a number of style variations in Vac suits, largely reflecting the age of the suit, its intended function, commercial designs and personal taste. 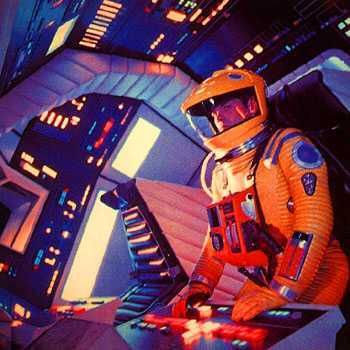