Who’s Who in the Fugitive Fleet

These are Non Player Characters

These characters are GM controlled Non Player Characters. (NPC) They are not available for use by players. From time to time other NPCs will be added to the list.

In addition to the individuals pictured below, several members of the Council of Twelve are also NPCs.

This one-time Viper pilot and Captain is now Commander of the Galactica. After the death of his father, Commander Adama (canon character not available), he worked his way up through the ranks and has been Commanding the great ship for approximately now 5 yahrens (years). He is now 72 yahrens (years) old. He is a widow, but only had one child, a step-son named Boxey (Captain Troy). Apollo will remain an NPC! 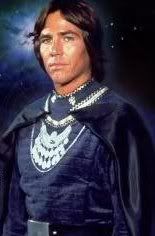 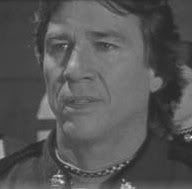 Tigh – After Adama’s death Tigh became the Commander of the Galactica and the Fugitive Fleet. He commanded the Fleet for almost ten years before retiring due to ill health. Now in his late 100s, As a member of the Council of Twelve, Tigh is a voice in government and an advisor to Apollo. Tigh will remain an NPC! 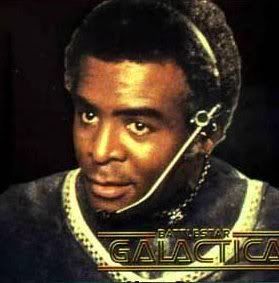 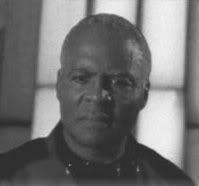 At the time of Cimtar, Captain Chiron had just completed a four yahren stint on the Command Staff in Strategy and Planning. He was enroute, via shuttle, to Battlestar Atlantia when the shuttle crew received reports of the Cylon attack.  Knowing that the sub light shuttle had no chance against a flight of Cylon Raiders, Captain Chiron had the craft head back towards Caprica. During the trip back the shuttle encountered a civilian passenger liner that was inbound to the Cyrannus system. Contacting the liner the shuttle was taken onboard and Chiron warned the civilian ship away from the battle. Later, following Chiron’s advice, the liner would join Galactica and the growing Fugitive Fleet.
At age 54 Chiron was old for a Captain in the Colonial Military. He had been passed over for promotion to Major on the orders of Commander Kronus who disapproved of the young Captain marrying a junior officer on Kronus’ Battlestar.  Official policy, winked at by many senior officers, forbade fraternization between officers of differing ranks. Commander Kronus was of the old school and his outrage put a black mark on Chiron’s otherwise excellent record.
Chiron’s wife, Ariadne, lived with their daughter Aya on Chiron’s homeworld of Sagitaria. The Cylon attack after Cimtar left the area where they, and Chu Chiron’s brother Celeus, lived a glowing nuclear wasteland. Since the death of Ariadne, Chu has not become involved with any other woman.

Commander Adama had no issue with fraternization between officers, and the circumstances the Fleet was in pretty much negated any such regulation. Knowing Chiron’s abilities, Adama immediately promoted Chiron to Major and made him his Intelligence and Planning Officer.
Major Chiron proved an excellent I&P Officer but he did not get on well with some members of the Council of Twelve. Additionally Chiron made himself unpopular by preferring charges against Commander Caine for that officer’s failure to follow orders at Molecay.  Having been involved in the planning of the Molecay campaign, Chiron knew what Caine was suppose to do.  Reviewing Pegasus logs showed him that Caine had disobeyed orders both before, during and after the battle. The disappearance of Pegasus and Caine prevented Chiron from forcing a Commander’s Court proceeding.  Caine’s popularity meant that Chiron made some enemies over the matter.  These enemies moved against him after Adama’s death.  Commander Tigh wanted to make Lt Colonel Chiron his second in command, but resistance on the Council of Twelve forced Tigh to back down.  Instead he selected Lt Colonel Apollo as his second in command. And again, when Tigh retired and Apollo was made Commander, Chiron’s enemies kept Apollo from appointing him as second in command. Only by arranging an extended independent command for Chu were Tigh and Apollo able to bypass the Council and push through Chiron’s overdue promotion to Commander, giving him command of the heavy cruiser, Prometheus Aegis.

Chiron is regarded by many as an emotionless, calculating machine. Though he never shows his emotions, and rarely raises his voice, he has a biting sense of humor. He is a source of strength and inspiration to those who serve under him. (His crew affectionately refer to him as ‘The Old Man’ or ‘Papa.’ He has trained many of the younger officers (Major and down) and is considered by those in the know as a master of tactical and strategic operations. An excellent Viper pilot in his day and a crack shot with a blaster and a devastating opponent in hand to hand combat (He competed in the Senior class both with blasters and hand to hand for many yahrens. He is now 84 yahrens old.) Chiron is always ‘proper’ with his subordinates, he discourages familiarity and only his peers use his first name. Chiron will remain an NPC! 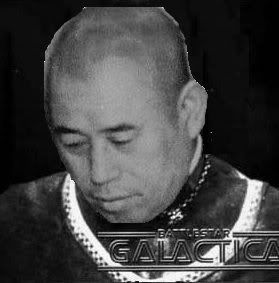 Starbuck – Colonel and right hand man to Apollo, Starbuck still is a scoundrel, but has mellowed over the years. He has fathered 5 children…two with Athena, and three with Cassopeia. Approximately 67 yahrens of age, he’s still the charmer and ladies man. Starbuck will remain an NPC! 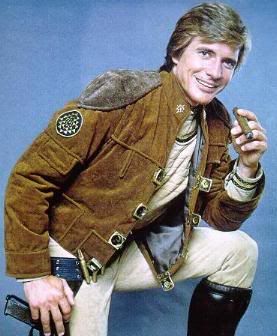 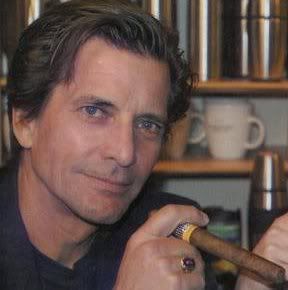