The Colonials had a wide variety of ground vehicles, unfortunately very few examples survived the destruction of the Colonies. Those that were onboard the various ships have largely been broken up for parts and raw materials many yahrens ago. A few examples remain in the military stores on the various warships.

The Land Ram is an environmentally secure vehicle that can operate in vacuum as well as hostile atmospheres and even underwater with proper modifications. The Land Ram is often employed as an Armored Personnel Carrier by the Colonial Military. The top weapon mount is generally configured to mount a light laser canon but this is adaptable and can be reconfigured for other weapon systems.

Configured as a Snow Ram 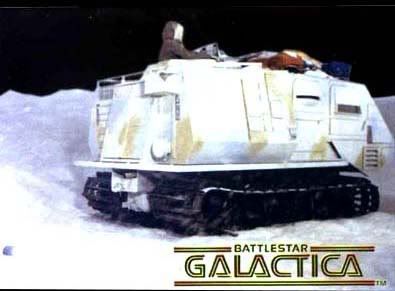 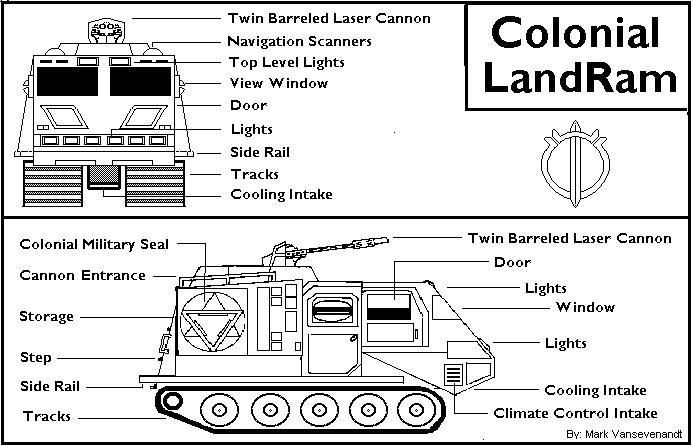 The Power Sled is a powerful open topped vehicle that serves as a general runabout in spaceports and in rear echelon areas. It has impressive towing capacity and is often found towing as many as six cargo containers.
There is a cargo area which has fold down benches and can seat up to twenty if needed. The sled can be configured to operate in vacuum or hostile environments but the driver and passengers must have protective gear.
The top light bar can also mount a Gatling blaster or a EM Grenade Launcher. 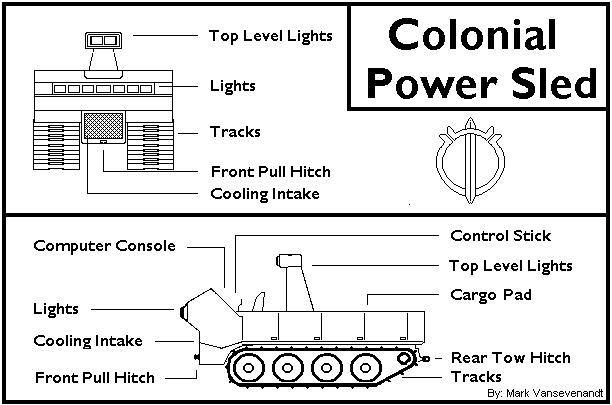