The Tenarphians were discovered by Galactica and the Fugitive Fleet, when the Colonials entered an uncharted system looking for an opportunity to replenish hydrogen oxygen and other consumables. The remains of the Tenarphian civilization first came to notice when Viper recon patrols noticed the abandoned moon base. Further investigation revealed the remains of cities, transportation systems and other technological artifacts dotting the surface of the planet which the moon orbited.
Xenologists from Galactica made contact with the Tenarph population, which currently exists at a much lower technology level then the ruins and other structures reflect.

Dr. Leo reporting:
“They are bipedal, averaging a bit less then two metrons in height.
Their limbs, all four, are similarly designed, muscled and jointed as
are ours, though there appears to be greater flexibility and motion
range in their primary joints then ours. Their hands consist of four
fingers, or digits…” The image zooms in on a shot of an alien’s
right hand extended towards the sky. “As you can see what would be our
first and second fingers is replaced with a single, muscular, digit.
They do possess an opposable thumb.”
“Their bodies are covered with a fine but thick hair of varying
colors. The hair is particularly thick in the area of the ‘mane’ and
thins out to virtually nothing at the feet and hands.” Using a light
pointer Dr Leo indicates the various body parts as she speaks.
“They are sexually dimorphic, however the male genitalia are withdrawn
into the body cavity when not required, making initial gender typing
difficult until more subtle signs are learned.”
A new picture, showing an alien in profile appears.
“Internally they have most of the standard organs and systems we have.
Though there are design and placement differences. There is however,
one group of organs different from our own. Note the hump on the
back, here…” She uses the pointer to indicate it.
“This area houses several organs whose exact function is still being
worked out. However, from what we can see, the species is able to
hibernate for extended periods of time. These organs seem to function
as nutrient storage and system maintenance for the body.”
The image focuses on the aliens head.
“The cranium is large, the brain is well developed. They are obviously
equipped with high intelligence, at least equal to our own. They are
omnivorous, though favor a high protein diet, as evidenced by the
sharp incisors and fangs they have.”
“We have completed the dissection of the alien corpses, determining
the cause of death to be shock, trauma and vacuum exposure resulting
from injuries sustained by metal slugs launched by a projectial
weapon. Scanner analysis of the aliens on the planet, compared to
those of the dead ones taken from the moon base, show little or no
divergence beyond statistical variations. This, combined with
technological analysis, leads us to conclude that the destruction of
the moonbase and collapse of their civilization, occurred within the
last 3,000 yahrens.”

Dr Saffis reporting:
“As Dr Leo indicated, tentative dating indicates that the alien civilization was destroyed about 3,000 yahrens ago.
We have been able to firm up that figure, it actually occurred 3,239 yahrens ago. We have derived this figure from subatomic analysis of the decay of
biological tissue and by interpreting data obtained from the alien’s surviving archives.”
“Yes, we have deciphered their languages, both past and current. The languatrons are being used by our Xenologists to begin studying the culture of the current generations living on the planet and to aid our engineers in analysing the surviving technology.”
“One issue I want to put to rest now is this, there is absolutely no evidence of a Cylon attack or presence in any of the archives or from examination of the
planet or moon base.” 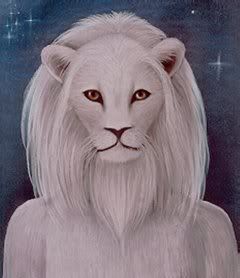 “The aliens, they called themselves ‘Tenarph’ had a sophisticated and advanced culture. Without going intoa detailed list of all their accomplishments I will point out the highlights…”
“As we have seen they obtained space travel. They harnessed the atom, developed advanced metallurgy techniques, had a sophisticated medical technology, designed intricate computers and electronic hardware
and used their technology to fight an utterly devastating war that sent their civilization crashing back into its most primitive level.”
“One technology that they did not achieve, was faster then light space travel. More about that in a centon.”
“We have determined that 3,245 yahrens ago, the planet was dominated by several rival groups of Tenarph. We are still trying to determine if these rivalries were religious, economic, political, genetically based, culturally based or what.”

“The planet was heavily industrialised and beginning to sustain long term ecological damage, the scars of which are still visible to expert analysis. At that time one of the groups decided, why we aren’t sure, to utilise the existing moon base to construct a giant colony ship for interstellar exploration. This colony ship was constructed inside a large asteroid. It was designed to house thousands, tens of thousands, of Tenarphians. They were placed in suspended animation, a science that they developed to a very high degree, building off their innate abilities of hibernation.”
“The ship took almost ten yahrens to build. It was a huge undertaking, both technologically and economically.  It also inflamed rivalries on the planet. Again we haven’t worked out all the subtleties, but the whole idea of the colony ship seemed to infuriate large numbers of Tenarphians. This seems to have been the catalyst for the war.”
“Evidence, in the form of hastily abandoned cargo pods indicates that the technicians on the moon base knew that war was imminent. Where before they had carefully sorted and stored the empty cargo pods, they began,
towards the end, simply dumping them at random.”
“The attack when it came, was two fold. Agents and saboteurs inside the moonbase combined with massive missile strikes launched from the planet. The moonbase had defenses, in the form af anti missile batteries as well as the ability to strike back. The saboteurs did their work well and much, though not
all, of the base’s defenses were neutralised.”
“The bodies we recovered for study were one of several teams found throughout the base. They carried explosives and, or, projectile weapons. Their actions were clearly directed at the base’s internal infrastructure and defenses.”
“The missile attack was only partially successful. It did impact the asteroid ship and it did wipe out all the Tenarphians in the moonbase.”
“As we know from our own experiences, the Cylons employed asteroid ships in the early phases of the war, asteroid ships are very tough. The colony ship
survived the missile attack, though with damage, and left the parking orbit around the base where it was built.
“The enemy had prepared for this possibility by building a small fleet of space craft. These ships, armed with nuclear weapons and space mines, began to
attack the colony ship.
“From what we can determine, the attacking fleet had previously deployed the mine field, using much of their reaction mass in the process. They sought,
through their attacks, to either destroy the asteroid ship outright, or force it into the mine fields they had created.
“The colony ship was not without its own defenses however and the attacking craft suffered heavy losses. We believe that they were successful though, in
forcing the asteroid ship into the mine fields.”
Dr. Saffis paused to take a drink of water.
President Arthos spoke, “So they succeeded in destroying the colony ship.” It was more a statement then a question.
Saffis put the glass down.
“No sir. We have located the colony ship. It is proceeding on course towards its destination system.”
An immediate babble of questions and comments come from the Council.
“What!?”
“It survived?”
“The colonist? what of them?”
“Where is it?”

Saffis waited for quiet.
“Yes, it survived. We knew its planned course from the star charts we recovered from the base. A Viper patrol was vectored towards it and made some long range observations. They were ordered to keep their distance lest the asteroids defenses were activated.
We don’t know what the status of the colonists is. They may all be dead and the ship is simply running its pre-programmed routines.”

Another round of murmured discussion interrupted the Council

Commander Apollo stood up, “If I may, Doctor?”
Saffis nodded and stepped back from the podium.

Apollo spoke, “We have many decisions ahead of us.  What to do about the Tenarphian’s ship is only one. Let our experts complete their briefings before we get too far into any one topic.”

“I’m sure most of you have seen the images of the alien cargo pods, but for those of you who haven’t…”
The screen behind him began displaying a series of shots of the abandoned pods found in the craters near the moonbase.
“They come in several sizes, but the ones that concern us the most are the two largest sizes. Before detailing their possible uses I’d like to address the
concerns expressed by some regarding the materials.
The alien metallurgy, though inferior to our best works, is superior in many ways to our average, or common, hull materials. Without getting too technical, I will summarise the points of interest…”

Saffis immediately became too technical for most of his audience. Launching into a comparative analysis of molecular structures, composition, hardness, tensile strengths, structural stresses and a host of other details that seemed to stupefy his audience. 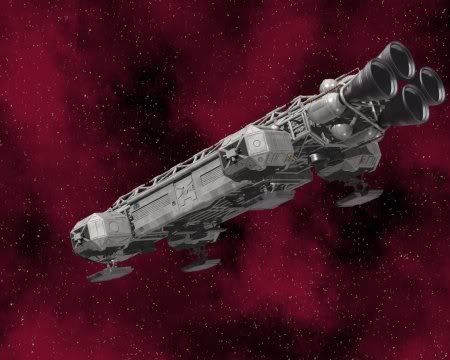 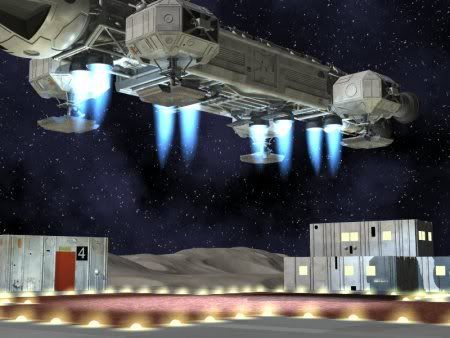 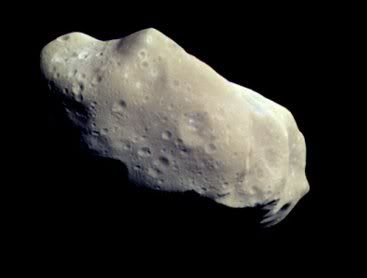