Fleet Transports are the military version of the civilian Transport. A general purpose ship that can be configured to carry both cargo or passengers. Unlike many faster then light ships, Transports are able to land on planet surfaces. Smaller then Freighters but much larger then shuttles they are often used to move raw materials and bulk items from surface to orbit and back. They lack all but basic Compartmentalization and have no auxiliary craft. Military versions have full Ablative armor and mount 2 Light Lasers and 1 small torpedo launcher. The extra crew are weapon specialists. 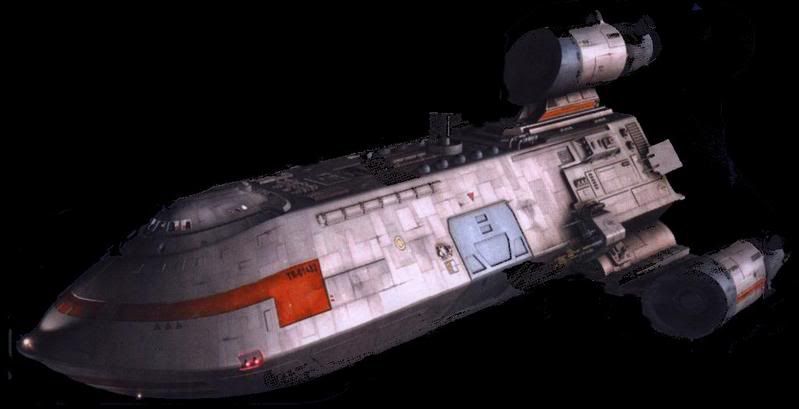